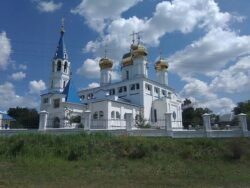 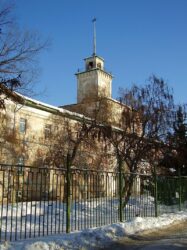 The City of Wilmington has a Sister City Partnership with three Ukrainian cities: Solonytsivka, Merefa (Merepha), and Chuhuiv (Chuguiv).

The three communities are located in northeastern Urkaine in the Kharkiv Region.

The Russian Invasion into Ukraine

History
The relationship between Ukraine and Wilmington began when a group of Ukrainian officials came to Cincinnati as part of the Cincinnati-Kharkiv Sister City Partnership. Friendships were forged during this visit between the Ukrainian visitors and Mayor of Wilmington Randy Riley (t. 2012-2016). In October 2013, Mayor Riley was invited to travel to Ukraine with the Cincinnati-based group. While in Ukraine, he entered into Memorandums of Mutual Understanding or “Twinning Agreements” with the communities of Solonytsivka, Merefa, and Chuguiv.

The Sister City agreements encourage the exchange of ideas, foster friendly relations, and encourage education of the history, traditions, and socio-cultural life of each of the communities.