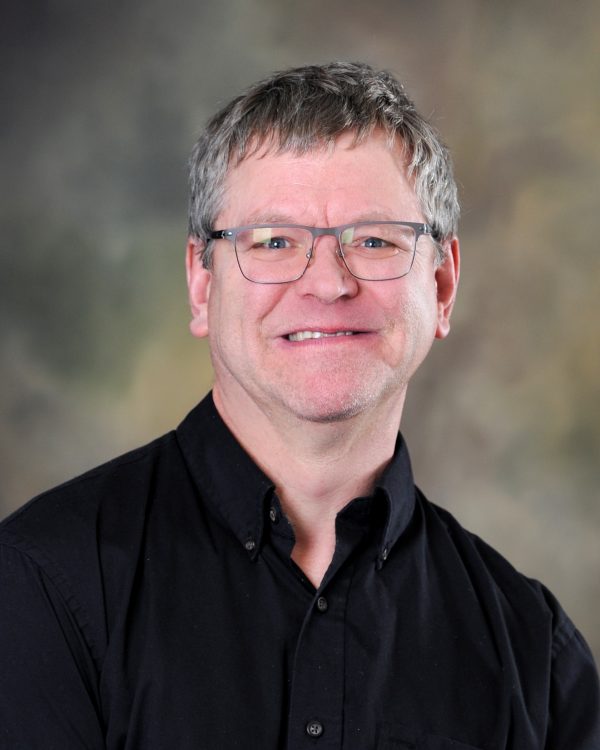 Harmful Algal Bloom (HAB) Management for the City of Wilmington

Each day, the City of Wilmington’s Water Treatment Plant produces around 2 million gallons of water for some 12,500 people in the city and immediate area. We are proud to report the water has met every state and federal standard since upgrades were installed in two water towers during 2015.

Since 1994, the principal water source for the City of Wilmington has been Caesar Creek Lake. The 2,830-acre lake straddles Warren, Greene, and Clinton counties and is located about 13 miles from Wilmington. 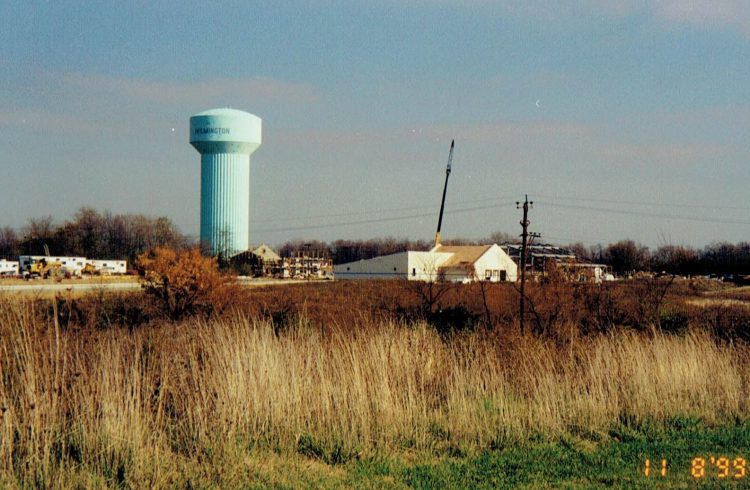 The lake was built by the U.S. Army Corps of Engineers as a flood control device in the 1970s. It is fed by a watershed of

237 square miles, and has 40 miles of shoreline. About 12 billion gallons of the lake’s storage – a fraction of its total capacity — has been set aside for drinking water supply.

Two city-owned reservoirs at Burtonville, with a total capacity of 450 million gallons, provide the City with a backup source of water. The reservoirs are filled with water pumped from Cowan Creek. The City administration is committed to maintaining the facilities at both sources so that residents always have a reliable source of safe drinking water.

The Wilmington Water Plant, located at 1142 Prairie Avenue and built in 1990, is designed to produce up to 4 million gallons per day. To ensure an abundant 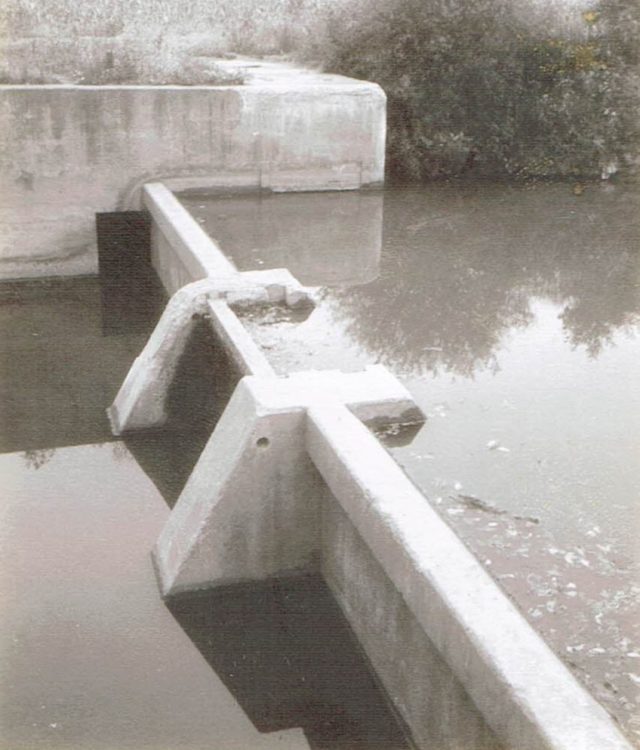 A series of complex chemical and physical treatments are employed to remove contaminants from the water and ensure that it tastes and looks as pleasing as possible. The treatments include: adsorption, coagulation, flocculation, softening, sedimentation, re-carbonation, filtration, stabilization and disinfection. Fluoridation will be added in the future.

Powdered activated carbon is applied to the water as it enters the plant to remove organic compounds, which adhere to the specs of carbon in a process called adsorption. The water flows into a rapid mixer, which violently agitates the water as aluminum sulfate and pebbled lime are added. The aluminum sulfate makes contaminants sticky so that they can coagulate and form floc 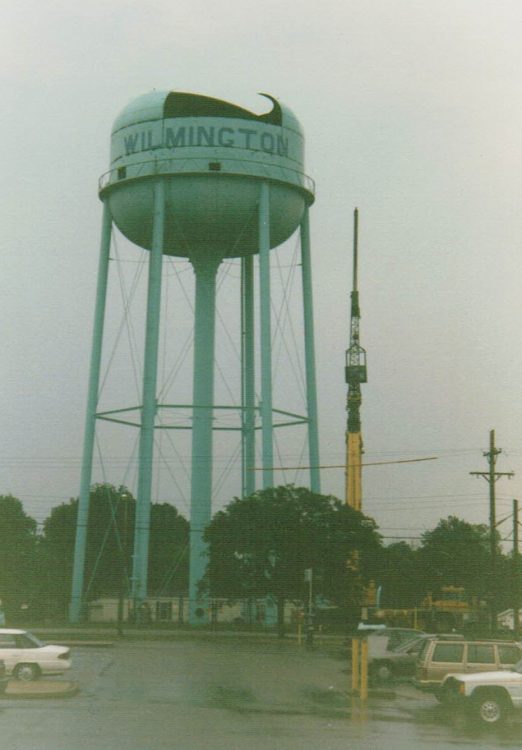 particles, while the lime increases the pH so minerals can be removed, producing soft water. Next, in the flocculators, mixers gently cause the developing floc particles to collide and stick together. The objective is to build a floc particle heavy enough to settle out of the water in the sedimentation basins. 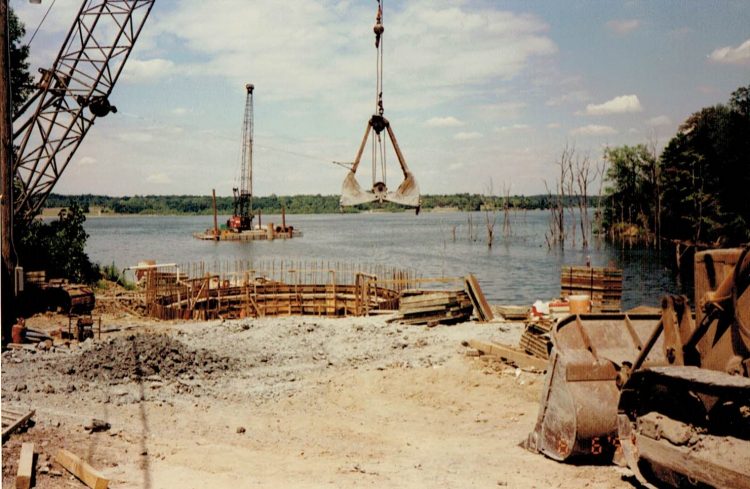 Carbon dioxide is then added to the water to re-carbonate it and lower the pH to an acceptable level. As the water travels from the re-carbonation basin to a set of filters, a small amount of chlorine is injected to begin disinfection and oxidize some remaining contaminants. The flow is divided between eight coal and sand filters to remove remaining particles. Water from the filters is chemically treated with additional chlorine for disinfection and a phosphate blend to stabilize the water. 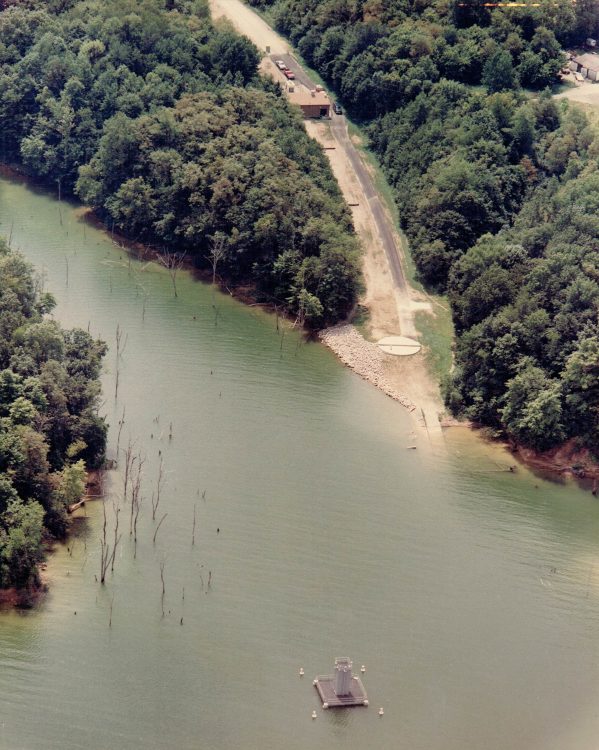 Finished water flows to two underground storage clearwells that hold up to 1.385 million gallons before being pumped into the distribution system and four water towers on its way to customer taps. The distribution system is comprised of approximately 99 miles of pipe, varying in size from 4 inches to 14 inches. There are approximately 660 fire hydrants in the system. 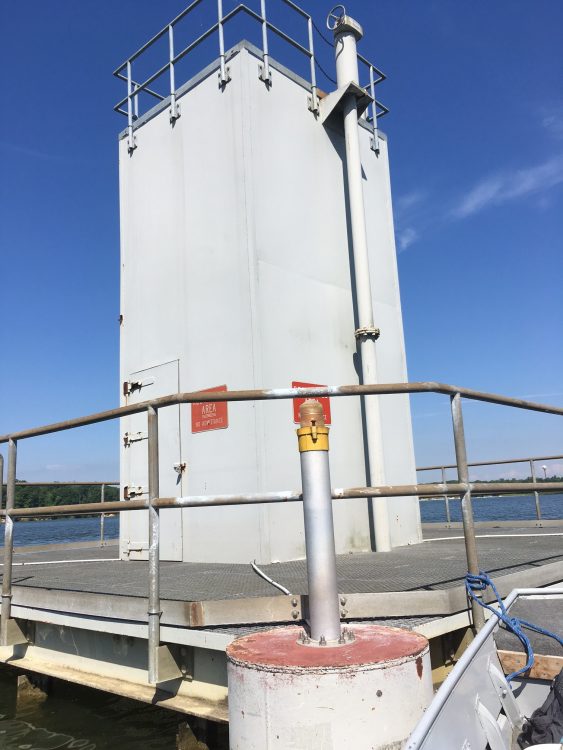 The water towers, located at the water plant, Air Park, U.S. 68 South, and the Fairgrounds, have a total capacity of 3.25 million gallons.

Large diesel generators at the Caesar Creek Lake pump station and the water plant allow the city to continue treating and pumping water during electrical outages.

Dozens of water tests are done daily in the plant’s on-site, EPA-certified laboratory to ensure the water safely meets all EPA mandates. Numerous additional water samples are sent to outside labs to confirm water quality. Performing thousands of tests throughout the year, our monitoring program exceeds the state and federal requirements for testing.

Mission of the Wilmington Water Department 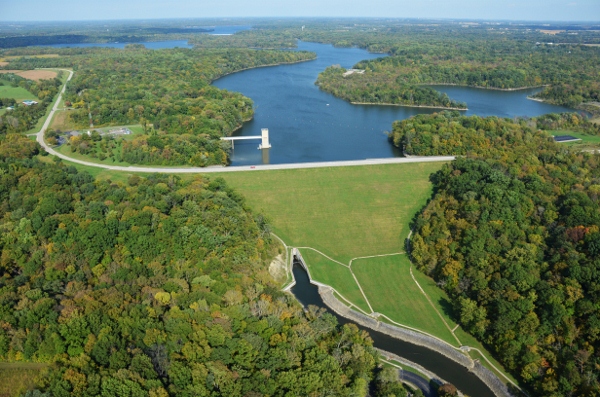 To provide a safe, clean, and continuous supply of water for municipal and fire protection purposes that meets or exceeds local, State, and Federal standards for public health and environmental quality, and to provide courteous, responsive, and efficient service in the most cost-effective manner to our customers.

History of the Water Department 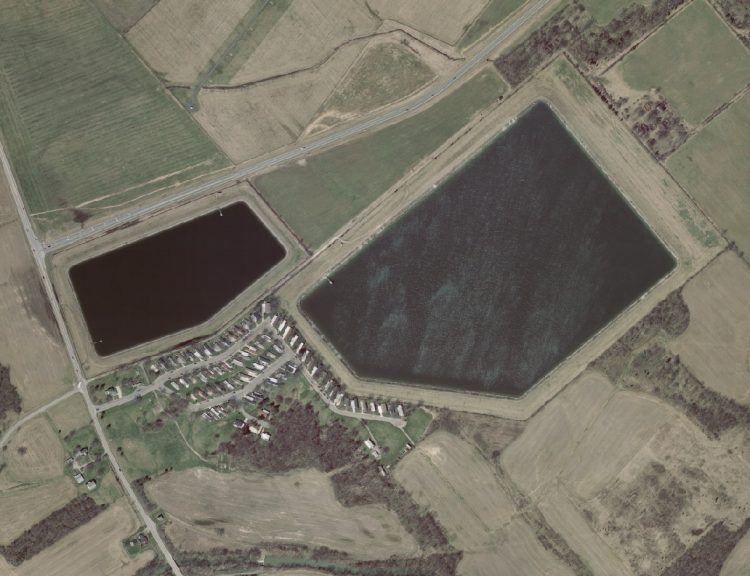 In 1899, discussions began about constructing a water system in Wilmington. During that time, houses and business used cisterns and some shallow wells for water. A vote of the people on the idea of building a water plant and distribution system was 381 for and 150 against. But when it came time to actually spend money on constructing the system, the vote was 451 against the idea and just 253 for it. The idea was dropped until 1901, when voters again approved a measure to build a water system, but the plant and distribution system wasn’t completed until 1906. In 1914, Dayton Power and Light took over the local water and electric utility.

Wilmington was late getting into the game of having a central water utility. Many communities across Ohio started building water systems in the late 1860s and early 1870s.

Several wells were used to supply the city, but as Wilmington grew, the wells could not keep up with demand. A 100 million gallon reservoir was built at Burtonville in 1945 by Dayton Power and Light. At the same time, a water plant on Wall Street was constructed. That plant remained in operation until 2000. A second reservoir, with a capacity of 350 million gallons, was added in 1962. The City took over the water system around 1970. 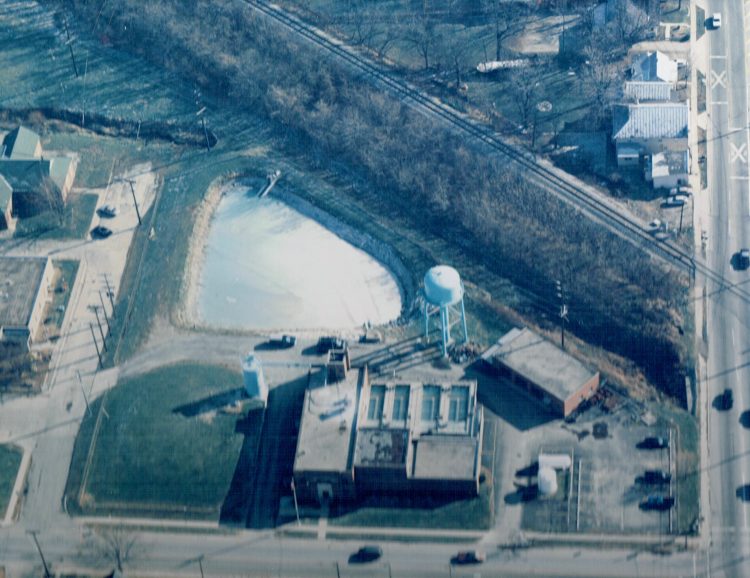